Within a semi-circle of benches topped on the left with espalier plants on poles, A bare tree curves over a large stone ball. 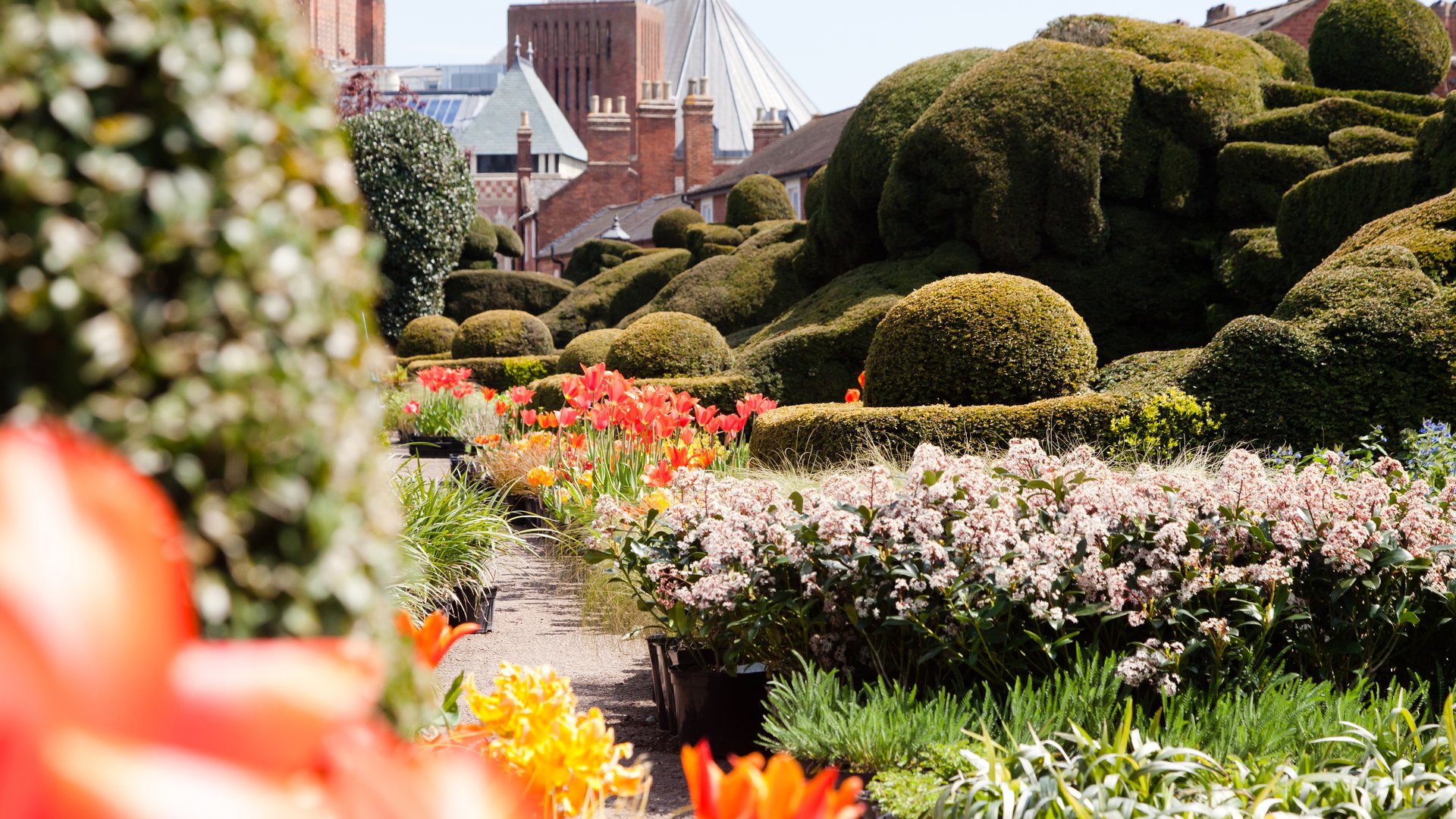 A path leads through flowers, white and orange, and shrubs, with a mass of round other-shaped trimmed bushes rising to the right. Miscellaneous buildings in the background.

Be inspired at the site that was William Shakespeare's family home for 19 years. Uncover the fascinating story of the house that isn't there and discover beautiful gardens and specially-commissioned artworks. Continue reading...

Shakespeare’s New Place was his family home from 1597 until he died in the house in 1616. The house was demolished in 1759, and a registered garden has been designed on the site where New Place once stood to commemorate the importance of the site and allow visitors to make their own personal connection with Shakespeare.

Follow in Shakespeare’s footsteps and enjoy a landscape that reveals the footprint of New Place, one of the largest houses in the borough of Stratford-upon-Avon. The re-imagined site gives an impression of the scale of New Place and its relationship to the surrounding buildings, such as the neighbouring King Edward VI School and the Guild Chapel. Both of which would have been familiar to the young William Shakespeare.

Specially-commissioned artworks throughout the site evoke a sense of family life and hint at Shakespeare’s major works that were written during the 19 years he owned New Place.

To the rear of where the house once stood, you can discover the Great Garden. Once part of Shakespeare’s estate, this tranquil and beautiful garden displays sculptures inspired by Shakespeare’s writing. Enjoy the recently restored Knot Garden, based upon garden designs that Shakespeare himself would have known.

How Green was Shakespeare?

What might we learn from our Tudor ancestors about becoming greener and cleaner, and how did Elizabethan and Jacobean innovations in daily living shape the future?

OUTing the Past Festival 2022

Celebrating the past, preserving the present and looking towards the future