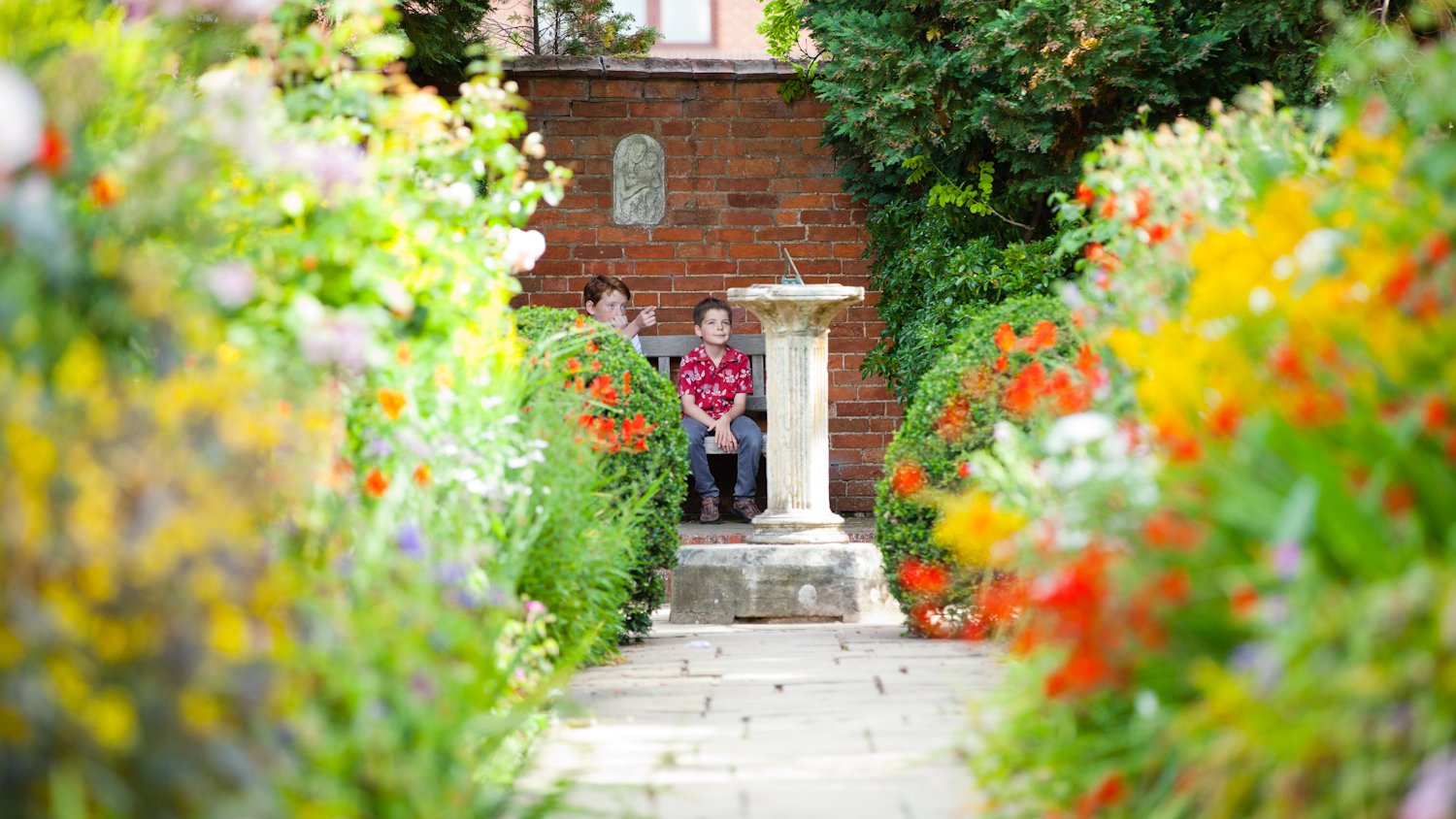 A stone-flagged path between head-high flowering shrubs leads to a sundial on a white stone pillar, wide at the top but with a narrower hexagonal shaft and a circular base. It stands on a stone block, and behind it young people can be seen on a bench 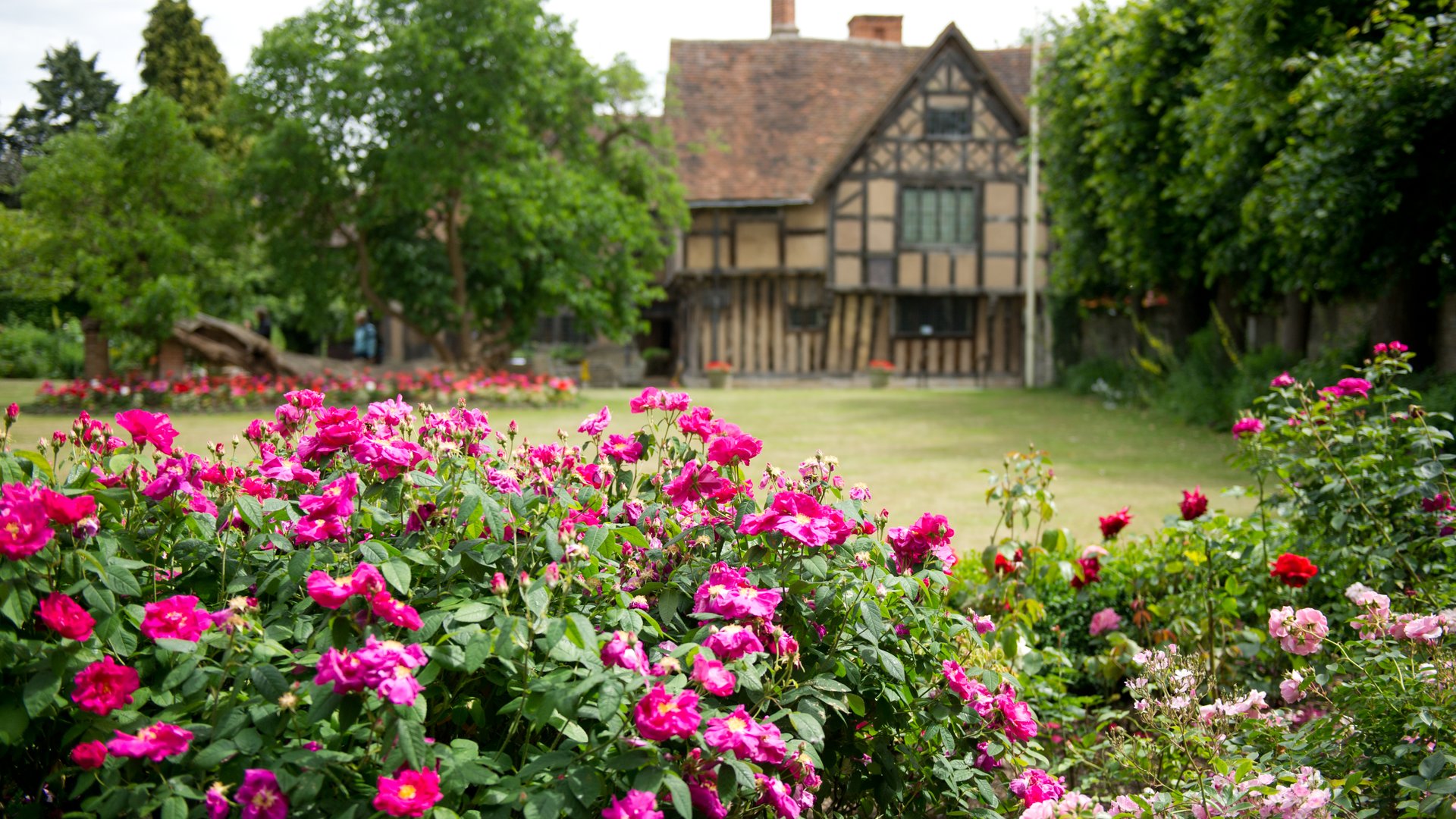 Behind the foreground red flowers a lawn stretches towards Hall's Croft, a timber-framed house with beige panelling and a tiled roof, with tall green trees in full leaf on either side 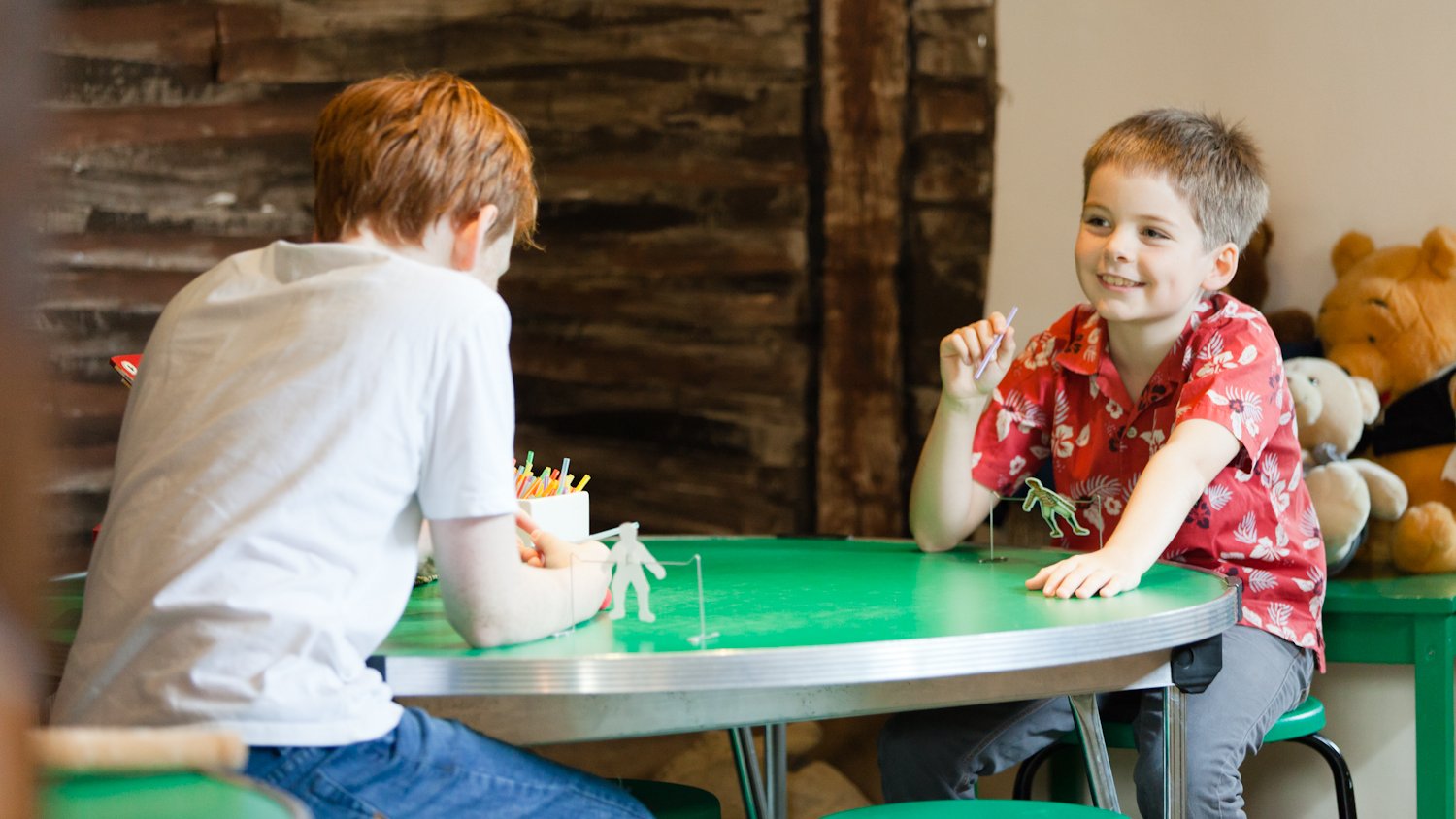 Two young boys sit on green plastic stools at a green-topped table, playing with model figures. the plaster wall behind them becomes wood planking on the left. Behind the younger boy can be seen a toy bear and a toy sheep on another table.

Regrettably Hall's Croft remains closed to the public until further notice. While Hall's Croft is closed, our dedicated teams will continue to care for and conserve this historic site in line with our charitable objectives. Thank you for your understanding and ongoing support in these challenging times. Continue reading...

Explore the beautifully furnished Jacobean home of Shakespeare’s daughter Susanna and her husband, the physician John Hall. Wander into the tranquil walled garden and discover the fragrant medicinal herbs, as John Hall would have used in his remedies.

The main part of this fine timbered property was built in 1613. For most of its history, it has been the home of prosperous, often professional people and in the mid-1800s it served as a small school. The Shakespeare Birthplace Trust purchased Hall’s Croft in 1949 and, after substantial repairs and alterations, opened it to the public in 1951.

John Hall was a physician of some renown and his case notes, published in 1657, were a popular textbook for other doctors for many years. John Hall was a compassionate and diligent physician, treating both rich and poor, Catholic and Protestant patients alike. While some physicians practised astrology or blood-letting, John Hall’s preference was for treatments made from plants, herbs, animal extracts, gemstones and rocks.

In a time of paper scarcity, what alternative material was within easy reach?

Where the story began