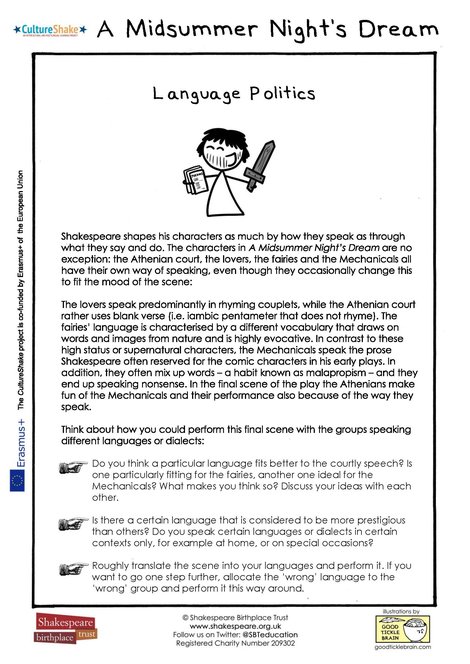 Shakespeare defines his characters not only by what they say and do on stage but also by how they say it. This exercise takes a look at the language of the Mechanicals and the Athenians' reaction to it during the performance of Pyramus and Thisbe. It encourages the students to rewrite and translate the scene, allocating languages and dialects or sociolects they know to the different groups of characters in order to discuss the language politics of the play.

Come and learn from us in person!

Our Shakespeare experts deliver educational sessions to people of all ages from around the world.